Welcome to the prestigious Morrison Ranch! A master planned community in the heart of Gilbert! Firmly established as one of the East Valley's premier destinations, this 3...

Welcome to Morrison Ranch! Located in one of Gilbert's most sought-after communities! Minutes away from parks, trails, schools, & more. This residence offers an attractiv...

Welcome to a cute starter home at much sought-after Morrison Ranch.! This 4 bedroom 3 bath plus loft is a cozy place to raise a family! Formal living room upon entry, upg...

Welcome Home! This gorgeous Highland Groves at Morrison Ranch home is situated in a prime location next to a large open greenbelt park, 2 recreational lakes, playground,...

Built in 2017, this Gilbert one-story home offers a patio, granite countertops, and a two-car garage.

Located in one of the most desired lake subdivisions in Gilbert, Morrison Ranch. Home features 4 bedrooms, 2 1/2 bathrooms and a loft. Downstairs is a living room, dining...

BEAUTIFUL MORRISON RANCH HOME located on a corner lot with greenbelt as your next door neighbor on the East. Spacious family room, dining room, loft, and bonus room. Open...

Stunning home in the heart of Morrison Ranch at Lakeview Trails, one of the most sought after communities in Gilbert. This incredible floor plan features a first floor Ma...

Built in 2017, this Gilbert two-story home offers a patio, granite countertops, and a three-car garage.

Built in 2017, this Gilbert two-story home offers granite countertops, and a three-car garage.

INCREDIBLE Corner lot home in prime Gilbert neighborhood of Morrison Ranch. This home is LOADED with upgrades and has been meticulously maintained. First floor primary be...

MUST SEE! A 2-story beauty nestled in Morrison Ranch, one of Gilbert's most sought-after Communities, is now on the market! An excellent curb appeal w/stone accents, a ma...

FINAL OPPORTUNITY to own a beautiful new Toll Brothers home in Morrison Ranch to be completed Summer 2023. This popular Ariane floorplan is currently under construction a...

All information should be verified by the recipient and none is guaranteed as accurate by ARMLS. Copyright 2022 Arizona Regional Multiple Listing Service, Inc. All rights reserved.

In the constellation of neighborhoods that make up the beautiful city of Gilbert, Morrison Ranch is unusual in that it was – and still is – owned by one of the original families that made Gilbert what it is today. The Morrison family arrived here from Oklahoma in the 1920’s, and turned their 3,000 acres of land into one of the East Valley’s biggest farming operations from the 1920’s until the 1970’s.

Back in the day, Morrison Ranch was one of the world’s largest dairy farms, it was also one of Arizona’s largest operating ranches, in addition to growing cotton, corn, and alfalfa. Sixty plus years later, three of the third-generation Morrison family still manage the family holding, and are actively involved in the careful planning and development of Morrison Ranch, ensuring that it continues to honor the land and its agricultural heritage. The Morrison family has carefully shaped the growth of Morrison Ranch, and brought in top-of-the-line architects and urban developers to follow the vision and scope of their farmland’s proud culture and legacy.

If you love architectural styles like Craftsman, Prairie, and Contemporary Ranch – you’ll love Morrison Ranch, where miles of tree-lined streets, white rail fences, and groves of trees give the entire neighborhood a “country” feel. But Morrison Ranch also combines the beauty of the countryside with the conveniences of a thriving business community - the charming Morrison Town Center.

Gilbert has become an award winning, national model for urban residential development, and Morrison Ranch is yet another unique take on the idea of “building community." Unlike other developments in Gilbert, however, this 2,000-acre Master-Planned community is a carefully balanced mixed-use community, where beautiful single-family homes, cluster homes, and apartment homes are intermingled with professional, commercial, and educational land use areas as well!

Morrison Ranch intermingles upscale single-family homes, cluster homes, and apartment homes, with the Morrison Town Center. All of the Morrison Ranch neighborhoods, shopping, and professional buildings are linked to each other by more than 400 acres of interconnected open, green spaces that are carefully laid out to provide miles of trails and bike paths, groves of trees, and outdoor amenities. Morrison Ranch was intentionally designed to enhance and promote a friendlier sense of neighborhood, because families are encouraged to walk, jog, or bike to and from home, school, and/or work.

The internal, tree-lined streets of Morrison Ranch are extra wide, speed controlled, and have no major thoroughfares to prevent the disruption and noise of high volume street traffic. Here you’ll find beautiful homes with distinct, individual characteristics in keeping with the overall theme of Morrison Ranch that have been designed and created by top-of-the-line builders such as:

Families with school-aged children love the fact that Morrison Ranch is served by the Gilbert Unified Public School District, one of the best school districts in Arizona. Schools in the area include the Highland Park Elementary School (rated 9 out of 10 in Great Schools of Arizona,) Highland Junior High (named A+ School of Excellence by Arizona Educational Foundation in 2015), and Highland High School (rated 8 out of 10 in “Great Schools in Arizona”).

Right next to Lakeview Village and the recreational lake at the Morrison Town Center, Higley Estates, covers more than 100 acres and has four interior parks, with one tot lot. Of all the communities in Morrison Ranch, Higley Estates offers the largest residential lots available in Morrison ranch, ranging from 10,000 square feet to 1 acre.

Highland Groves is right in the very center of Morrison Ranch, and boasts two large recreational lakes for plenty of family fun when they “come into town to shop.” The lakes are surrounded by wonderful recreational facilities that include play areas, picnic areas, shaded rest areas, and barbecues. It is in this area of Morrison Ranch that you’ll find the biggest diversity of housing options, as there are detached homes, cluster housing, and apartment buildings as well, offering residents a choice of homes to fit their budget.

Lakeview Trails North is the largest community in Morrison Ranch, and enjoys the nearest access to Morrison Town Center. One more fun Fact: “Uncle Hugh’s House,” a home owned by Hugh and Lena Nichols, is another salute to the Morrison Family heritage. Among other things, “Uncle Hugh” kept reindeer and exotic birds at the ranch, to the delight of local children.

Both of the Lakeview Trails communities are similar in character with large open green spaces and miles of trail systems that connects them all. In addition, Lakeview Trails South also has direct, adjacent access to Morrison Town Center.

Elliott Groves is primarily made up of apartment homes, with some single family homes as well. Again, there is easy access to the Morrison Ranch Town Center, so you can bike downtown or to one of the many interior parks, two with tot lot play areas, and one with a large multi-use playing field, with a large, shaded, barn-like area where groups can gather or watch sporting events.

At the heart of Warner Groves there are recreation facilities and tot lots on both sides of the parkway. There’s also a smaller neighborhood shopping center at the corner of Higley and Warner roads, as well as direct and easy access to Morrison Ranch’s Town Center.

Even though Desert Place is technically in the City of Mesa, it still has all the character and charm of the other Morrison Ranch communities, as well as the same design philosophy. There is a large open space with recreation facilities that features play courts, tot lots, and shade structures. There is also a central area where community events and gatherings can be held. Highland Junior High is located here, with it’s own trail system to connect it with the community.

If you have any questions or would like to schedule a showing contact your Morrison Ranch real estate experts Colby & Michele Myers:

Great Communities Outside Of Gilbert 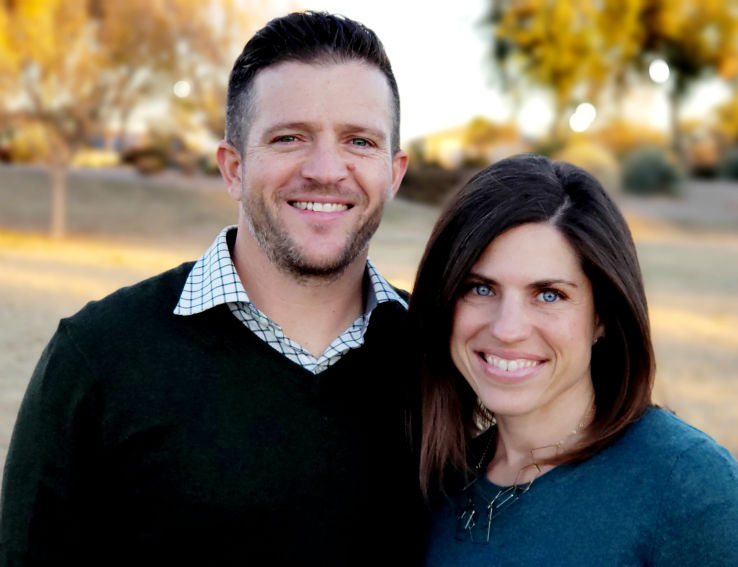 Selling your home?  Get your home value instantly below.